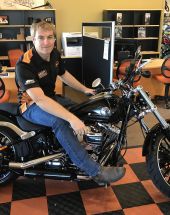 Brent started young, racing dirt bikes, competing at a Town, State and National level even competing in events such as the Finke Desert Race and then a couple seasons in SunCity's drag bike team. It gave him great grounding for his role as a technician, but he has moved on and is now oversees operations of the dealership. We can't keep up with which bike he is riding but he is currently slumming it on a Milwaukee 8 StreetGlide 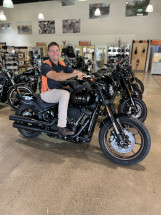 After being involved with all aspects of running a dealership for the last 18 years Nick has taken on the role as General manager. Nick's experience and sales expertise coupled with his vast understanding of the Harley-Davidson brand and lifestyle gives SunCity a manager that understands customers. A rider himself, Nick is just as excited about every new bike as the customer. Every day ride Milwaukee Streetglide. 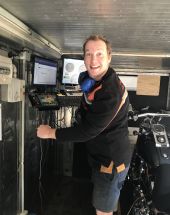 Dan is a local boy who grew up around motorcycles. He shares the passion of riding with his work, and loves what he does. Dan has added his technician roll to the rider position on the V-Rod destroyer drag bike. 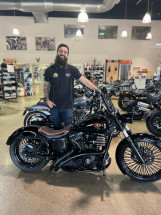 Jake Started life as a automotive technician but his passion for 2 wheels was always destined to take him on an adventure. Which was lucky for SunCity and Jake. He joined the family in 2014 as salesperson and with his technical background, love of riding motorcycles, and willingness to exceed customer expectations has made him an integral part of the SunCity team. His dream Harley-Davidson was a Night train but we aren't so sure now. If Jake isn't in the dealership he is riding his bikes. Current ride Streetbob with Milwaukee 131!